Dividend up 10% year over year; Gecht and Polk elected to board of directors

LAUSANNE, Switzerland & NEWARK, Calif.–(BUSINESS WIRE)–Logitech International (SIX: LOGN) (Nasdaq: LOGI) today announced that at its annual general meeting (AGM) the Company’s shareholders elected Wendy Becker as Logitech’s new chairperson. This followed an earlier decision by Guerrino De Luca to remain on the board if re-elected, but not to stand for re-election as chairperson when his term ended. 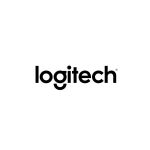 Additionally, at the meeting, Logitech’s shareholders approved a dividend of approximately CHF 0.73 per share*, an increase of approximately 10 percent compared to last year. The shareholders also elected to the board of directors Guy Gecht, former chief executive officer of Electronics for Imaging Inc. (EFI), and Michael Polk, former president and chief executive officer of Newell Brands Inc. All incumbent nominees to the board were re-elected, and all other proposals at the AGM were approved.

Wendy Becker, Logitech’s chairperson of the board, said: “I’m delighted to be given the opportunity to chair Logitech’s board – we have a fantastic team and a fantastic company, with countless opportunities before us. This last financial year was Logitech’s sixth consecutive year of sales growth and, once again, we are offering our shareholders an increased annual dividend. It’s also my pleasure to welcome Guy and Michael onto the board. Both bring decades of relevant experience from a variety of global, senior leadership roles. Their business acumen and strategic insights should prove invaluable. Our future is bright.”

Logitech expects the payment date for the dividend to be September 20, 2019. The shares are expected to be traded ex-dividend on the SIX Swiss Exchange and the Nasdaq Global Select Market starting on Sept. 18, 2019. Shareholders will find more information about the dividend on the Logitech corporate website at http://ir.logitech.com.

Logitech designs products that have an everyday place in people’s lives, connecting them to the digital experiences they care about. More than 35 years ago, Logitech started connecting people through computers, and now it’s a multi-brand company designing products that bring people together through music, gaming, video and computing. Brands of Logitech include Logitech, Logitech G, ASTRO Gaming, Ultimate Ears, Jaybird, and Blue Microphones. Founded in 1981, and headquartered in Lausanne, Switzerland, Logitech International is a Swiss public company listed on the SIX Swiss Exchange (LOGN) and on the Nasdaq Global Select Market (LOGI). Find Logitech at www.logitech.com, the company blog or @Logitech.

Logitech and other Logitech marks are trademarks or registered trademarks of Logitech Europe S.A and/or its affiliates in the U.S. and other countries. All other trademarks are the property of their respective owners. For more information about Logitech and its products, visit the company’s website at www.logitech.com.